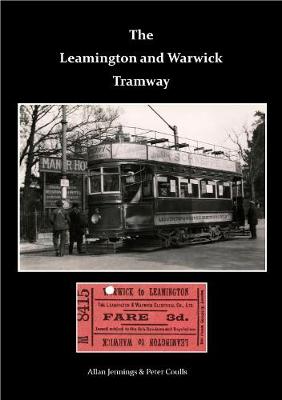 Peter Coulls and Alan Jennings: ‘The Warwick and Leamington Tramways’

Allan and Peter have written a comprehensive history of ‘The Leamington and Warwick Tramway’ which last ran in 1930. It includes details of the horse drawn and electric trams that travelled between the two towns for 49 years. Again, it includes many images along the route. This book will appeal to local historians, transport historians, industrial archaeologists, people with an interest in the history of the two towns and others who will just enjoy checking out the old postcards and photographs. This book will be ideal for a birthday or Christmas present.

Available to purchase at the WIAS October meeting! The retail price of each book is £15.95, but can be obtained from the authors for £10.95. For more information contact; Allan Jennings: allan.jennings1@ntlworld.com or Tom Lewin: lewthomas48@gmail.com or Peter Coulls petercoulls@btinternet.com

COMING SOON – THE IRONMEN OF LEAMINGTON
Leamington History Group and Warwickshire Industrial Archaeology Society are pleased to announce the forthcoming publication of their joint research project,
THE IRONMEN OF LEAMINGTON: The Iron-founders and Allied Traders of Leamington Spa 1800-1900 by Martin Green and Mick Jeffs. This liberally-illustrated book provides a fascinating insight into the world of iron-founding in the rapidly expanding town of Leamington Spa during the 19th. century, exploring the experience of the firms and individuals involved.

To buy your copy now follow this link to The Ironmen of Leamington page!

Book on Sanderson Miller. Following the recent talk on the landscape of Farnborough, when he discussed his findings on the old mediaeval buildings and the amazing C18 water landscape, I am offering my book Sanderson Millet and his landscapes for sale to members. Miller created the landscape at Farnborough for, and together with the owner, William Holbech, who had recently returned from a prolonged tour of classical Italy. It was an extensive project involving the creation of three large lakes, and a remodelling of the whole hillside to form a terrace from the Hall towards the village of Mollington. Classical garden buildings along the terrace overlooked the valley towards Edgehill and Millers own house at Radway. The book is hardback, illustrated with many colour and black and white photographs, drawings and maps. Originally priced at £30 when published in 2006, it can now be obtained from Warwick bookshop for £12, or directly from myself at £14 inc p and p.
Dr. Jennifer Meir, Jacksons Barn, Charlecote, Warwick, CV35 9EW.

From Pens to Particle Physics
The story of Birmingham Family Business
by WIAS Member John Berkeley OBE
Brandauer celebrated its 150th anniversary in 2012. A long-established, family-run, precision engineering business in Birmingham, the firm has made the transition from manufacturing pens in the nineteenth century to making vital components in the twenty-first century for the Large Hadron Collider at CERN, the European Organisation for Nuclear Research.

Two men, Joseph Petit, a Jewellery Quarter craftsman of French Huguenot origin, and the German Karl Brandauer, a merchant, formed the Brandauer partnership in 1862. Since then, the business has been in the forefront of communications technology. By 1890 it had won several prizes at international exhibitions for its pens, the company catalogue listed 424 individual designs and its products were exported around the world. The advent of the ballpoint pen and information technology effectively ended the Birmingham pen trade, but Brandauer diversified, producing many products in the second half of the twentieth century, including stylus arms for record players, hubs and shutters for floppy disks, integrated circuit frames and components for telecommunications industries.

John Berkeley has written a fascinating, informative and well-illustrated account, which interweaves company history, technical innovation and the experiences of the owners and workers. If one message emerges, it is that adapting its products to rapidly changing markets has ensured Brandauer’s success. 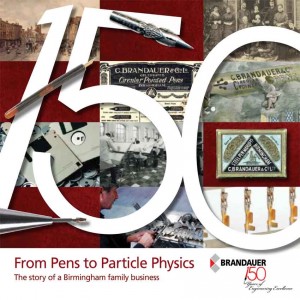 The Companion to Road Passenger Transport History
Contributing authors include Richard Storey of WIAS
Spans almost  two centuries of the development  of  British  road  passenger transport, from horses and the first mechanically  powered trams and buses to hybrids and hydrogen buses; and from stage coaches to motorway  express services. Through a range of articles it explores every aspect of  the industry’s  history, and will  be an essential reference work for anyone with an interest in road passenger transport. It is the second encyclopaedic work of reference prepared by the Roads and Road Transport History Association and follows the Companion to British Road Haulage History, published in 2003. 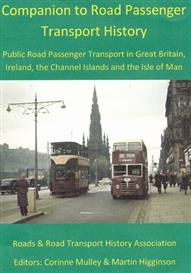 Called Up, Sent Down – The Bevin Boys’ War
by Tom Hickman.
At the outbreak of WWII the government short-sightedly allowed thousands of miners to enlist in the armed services. By 1943 the effort was in danger of grinding to a halt because of a lack of coal. In answer Ernest Bevin sought service volunteers – and compulsorily sent 20,000 18 year olds, who had expected to fight for their country, down the mines with them. Those chosen had their names allegedly taken from Bevin’s hat, every 1 in 10 drawn out went into the mines in what was a very unlucky dip! It’s hard to believe in this day and age that back in 1939 the UK had 773,000 miners! and when that number dipped below 700,000 something had to be done. A fascinating story of the experiences and memories from men from all walks of life –  from labourers to barristers.

Nuneaton & Bedworth Coal, Clay, Stone & Iron
by Peter Lee
The Warwickshire twin towns of Nuneaton and Bedworth have merged to become a single unitary borough. But fifty years ago, they were two separate communities, each with their own character, culture and rich industrial heritage. For centuries they have shared a common resource – the mineral wealth that lay below the ground. Coal, stone, clay and iron were long ago found in abundance in a great sweep from the outskirts of Coventry through North Warwickshire to the Staffordshire border. This would bring great change and propserity to a working-class area. Today, most of this business is gone. Where there was once full employment, now almost 50 per cent of the local working population are employed outside the borough. The times have changed. But here, preserved for posterity, is a wealth of information about the labour-intensive industries that shaped the landscape. The area’s collieries, brickyards, quarries and factories are listed and described, while their connections via road, rail and canal are also explored. (Highly recommended – Webmaster!) 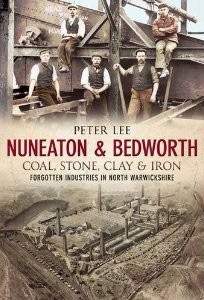 Civil Engineering Heritage, (West Midlands),
by Roger Cragg of WIAS
This book is part of a regional series on civil engineering heritage that examines the contribution the civil engineer has made to society over the last three hundred years. It is fully illustrated throughout, making an important contribution to the industrial history of Britain, and would interest anyone with a desire to know more about civil engineering in the UK. It includes a county-by-county gazetteer of groundbreaking monuments to civil engineering, from aqueducts to windmills. Roger has been the West Midlands Region member of the ICE’s Panel for Historical Engineering for the past 33 years, and is closely involved with the indentification and recording of the civil engineering heritage of the region. He is also a member of the Warwickshire Industrial Archaeology Society, the Newcomen Society, the Association for Industrial Archaeology, the Railway and Canal Historical Society and gives numerous talks to local organisations on many aspects of civil engineering history. 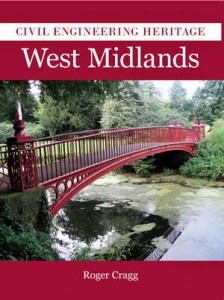 Artificial Stone
by Simon Scott MA
Artificial stone has a long and illustrious history that intertwines with the great boom in classically inspired country house building from the eighteenth century onwards. There have been more imitations of stone than of any other natural building material. This persistent emulation has most consistently been for reasons of economy, availability and fashion – particularly where quarried stone is difficult, time-consuming and forbiddingly expensive to employ. This volume provides a history of the most important manufacturers of artificial stone from the eighteenth century to the present day, mainly from the perspective of garden or landscape ornamentation.
120 pages, 20 photographs, hardback with dust wrapper.
Publication date: November 2009
£15 inc P&P (UK only)
email publishing@haddonstone.co.uk 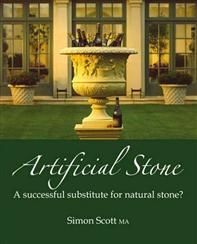 Send your suggestion to WIAS through the ‘Contact’ page!