If you have an item you would like to share on this ‘Virtual’ page, the ‘Contributions’ page or the ‘Members Films’ page you can send it direct via the ‘Contact’ link in the main menu or click here

‘WIAZ’ AUTUMN – WINTER ‘ZOOM’ PROGRAMME
All meetings commence at 7.30pm and last approximately 1 hour
You can join the meeting from 7pm

During 2020 WIAS received many contributions – to free up website space these are now archived in a single .pdf document. Unfortunatley most of the links will no longer work but many of the items now have their own space elsewhere within the WIAS web site. Click on the link in the main menu to view.

Diana Barnato -Walker The Powder Compact Incident. Born in 1918 Diana Barnato was the daughter of playboy “Bentley Boy” racing driver Woolf Barnato and his wife Dorothy. The Barnato family, who were extremely wealthy, had made their considerable fortune in the diamond mines of South Africa. Consequently, Diana had something of a gilded upbringing being a debutante and had the means to learn to fly privately before the Second World War broke out. She was an extremely attractive young woman and this contributed to her persona.

If you joined our WIAS January Zoom meeting this week, you may have noticed John Willock holding up a sign with ‘The Powder Compact Incident’ written on it! Unfortunately John had no working microphone so he was unable to tell us the story. He has since written it down and this fascinating incident is now available here.

Fine Porcelain. Members may be interested in this piece of porcelain which features the Iron Bridge at Coalbrookdale. It is a superbly painted and extremely accurate image of the Iron Bridge based on the William Ellis engraving of 1782 – itself based on an original painting by Michael Angelo Rooker. The item is a porcelain tray, part an Imperial Vienna Porcelain Factory Cabaret Set, comprising: Tray, Coffee Pot, Coffee Cup & Saucer, Sucre and Milk Jug, Circa 1801. Only the tray carries the image, which is set against a lovely Mazarin Blue ground. The inscription is in French. The set is displayed in the Museo delle  Porcellane, Pitti Palace, Florence. Porcelain comes quite high on my set of interests and it doesn’t come much better than this. Its rather a pity its not on a piece of English porcelain – of course one would immediately think of Coalport. I wrote about this item in  the Caughley Society Newsletter No71, August 2017. Industrial Archaeology comes in many forms, as we all know! 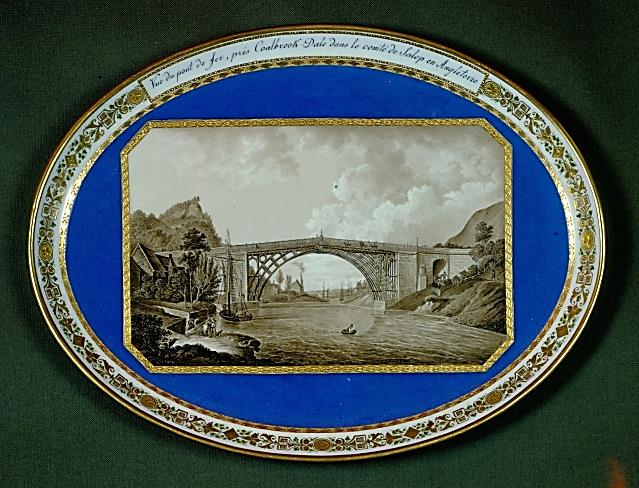 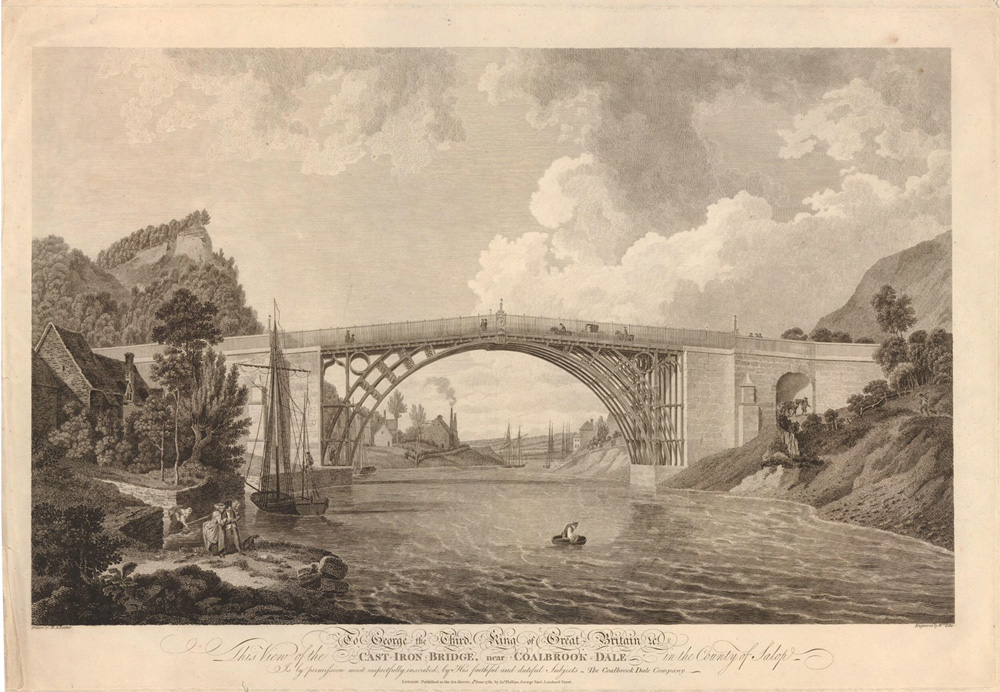 (The original engraving, shown above, was acquired by the British Museum in 1870 but is not on display. For full details click on this link). 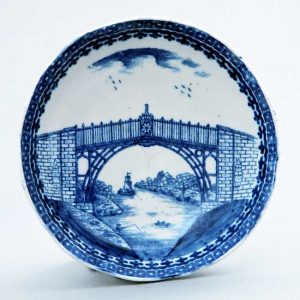 A saucer made at the Caughley factory circa, 1782-94 – (Image by kind permission of Caughley Society)

This rather naïve mostly printed, but with some hand wash, image of the Iron Bridge on a saucer was made at the Caughley factory circa, 1782-94. It is extremely rare with only one example known to date. The image contains one little known feature of the bridge when it was first built. If you look at the third, innermost, rib it will be seen that it does not continue right through to the base. This rib continuation was added subsequently. This feature can be most easily discerned in a 1780 print (woodcut) made by J Edmunds, from which this ceramic print was most likely made. John Willock, 14th January 2021

WIAS Zoom Meeting 14th January at 7.30pm. David Skillen – ‘The Bentley Boys’. The Bentley Boys were a group of wealthy British motorists who drove Bentley sports cars to victory in the 1920s and kept the marque’s reputation for high performance alive. In 1925, as the marque foundered, Bentley Boy Woolf  Barnato bought the company, leading to the creation of the famous supercharged Bentley Blower car. 8th January 2021

If you are considering buying a copy of this excellent publication you can now read John Willock’s review of the book on our ‘Book’ page, click here. 8th January 2021

Norman Engineering. There have been some useful e-mail exchanges recently concerning a company named Norman Engineering, a firm initially located in Upper Grove Street in Leamington Spa, before they moved to Millers Road in Warwick in 1936. Among other things, they made portable petrol engine driven generator sets for the military during the Second World War.  Thanks to information supplied by Tony McGuire we now know they made much more; including components for several of the minor aero-engine manufacturers such as Pobjoys and Cirrus-Hermes. They also seem to have made airframe components, including machined tube end attachment fittings, similar to those used in aero engine bearers. John Willock 30th December 2020

Kenilworth Scooter. Jon Tait, a member of the Vintage Motorcycle Club, reminds us of the following: “I’m a member of the Vintage Motorcycle Club, and was going through a backlog of club journals, I came across this article that may be of interest to you and your members. The Kenilworth scooter itself is interesting, but I was unaware of the Norman Engineering Company, who were in Leamington and supplied the engines. Does anybody know anything more about them? I enclose a scanned copy of the article. Please feel free to distribute it, as appropriate.”

I am happy to pass this on with grateful thanks to Jon and the Vintage Motorcycle Club. Martin Green 29th December 2020

More Great Central. Thanks to Chris Barney who follows up Roger Cleal’s story of walking through the Catesby Tunnel, but with a slightly more disconcerting tale!

“My experience of the tunnel was somewhat different.  In 1975 or ‘76 some friends were staying with us and they, as we, had a 7 year old son. It was a beautifully sunny Sunday afternoon and I had the idea to walk through Catesby Tunnel. Our respective wives dropped us near the South end and drove around taking the even younger children to wait for us. I and my friend set off with the two little boys in summer clothes and a couple of torches into the darkness. We were completely unprepared for the thick fog we encountered after about a hundred yards so thick the torches were barely any use at all. We should have turned round but that would have meant a long and devious walk by the lanes to catch up with the rest and of course there were no mobiles, so we kept on. If anything the fog got thicker and as we got further in we came to where they were scrapping up the ballast and so the surface was very rough and at one point I fell flat on my face into a pile of ballast. As you can imagine the seven year olds were beginning to get quite frightened and so keeping them cheerful was another worry. Reciting rhymes and singing was about the best we could do. Then we got cold – we really needed full arctic wear but only had skimpy shirts and shorts on with sandals or the like. It was not good. Three or four times there was ghostly light as we passed under the air shafts. Right in the middle, the strangest thing, we came to a little dozer probably a D4 or a Drott left there by the contractors which we nearly walked into. The mixture of fog and pitch black I shan’t forget. It took a long time but finally a faint glimmer ahead cheered us up and after a bit more we came out into the bright sunlight, none the worse but very relieved indeed.” 29th December 2020

Great Central Railway. In the midst of unremitting gloom, rest assured that WIAS and its membership will be able to discover glimmers of light. Roger Cleal – together with others – has recalled experiencing a trip through Catesby Tunnel, now being converted to an interesting alternative use. This was as a result of the TV programme ‘Walking Britain’s Lost Railways’ Series 3 Episode 4: the East Midlands, available on My5. This explores the Great Central Railway, which passes for a short stretch through Warwickshire. This is strongly recommended – Roger calls it Compulsory Christmas Viewing! He writes “We as a cycling group had walked a couple of times with our bikes through the tunnel south to north usually from either Badby or Greens Norton youth hostels. I hadn’t appreciated it was 1.7 miles long. My memories are of a very dark, dangerous walk done during my late teens or 20’s in the early 1970’s with huge holes in the floor and water dripping from the air vents. I’m glad to see it put to some good use. It was a pity the viaduct was after the tunnel in the programme and not in the correct order. In addition. it was a great shame it ended there and did not continue to Marylebone”. Also highlighted is the quality of the civil engineering and the use of high-quality blue bricks. These structures can be seen throughout the line, and I attach a couple of examples, taken before lockdown near Wolfhampcote. This is where the Great Central crosses the Marton Junction to Weedon Branch of the LNWR almost at right angles. The quality of the Great Central accommodation bridges and tunnels for local farmers is shown, with the name of Joseph Hamblett to the fore. 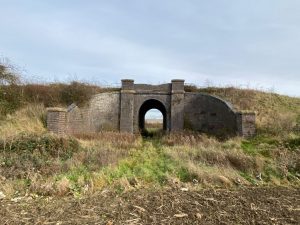 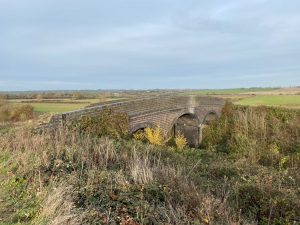 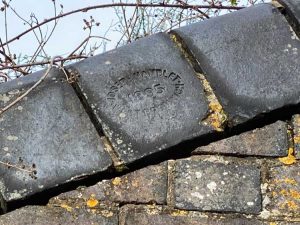 WIAS Members. Just a thought about WIAS members not on the internet. If you know of any of our members/supporters who are without internet access, please call them before Christmas and wish them well and remind them that WIAS is still thriving and hopefully will be back with them as ‘live’ meetings sometime in 2021. Martin Green 23rd December 2020

Dambuster Programmes on TV. George Illingworth sent the following: “Members who watched those programmes may be interested in the Meccano model I built in 1993 to mark the 50th anniversary.  The models still exists, stored in major sections for transport. It is 1/12 scale so 8ft 6in wingspan and contains 9 electric motors to operate functions including the spinning UPKEEP weapon. Building an accurate model in 1993 was not easy as there was still a lot of inaccurate and indeed intentional disinformation about what had been a top secret weapon system.  The basic aircraft was straightforward as drawings are readily available but I also drew on many sources including declassified AVRO drawings, published scientific papers and a German intelligence report on the weapon which survived a crash in Holland.  It has been very reassuring to see that as more details have been released over recent years the accuracy of the model is there to see.” George Illingworth 6th December 2020

Photos of the model 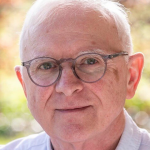 Talk On Sir Frank Whittle – 9th December 2020 Duncan Campbell-Smith will be giving a talk entitled ‘Frank Whittle and the Jet Engine’ via Zoom at the Rossiter Books virtual literary festival, at 7pm on Wednesday 9th December. Jet Man: The Making and Breaking of Frank Whittle, the Genius behind the Jet Revolution. Duncan Campbell-Smith will talk about his new book, The story of Frank Whittle – RAF pilot, mathematician of genius, inventor of the jet engine and British hero. Drawing on Whittle’s extensive private papers, Campbell-Smith tells the story of a stoic and overlooked British hero, a tantalizing tale of ‘what might have been’. For tickets and further information, go to: https://www.ticketsource.co.uk/rossiterbooks/t-dmndmm

The Gas Industry. John Brace writes “amongst my archives I have references to a number of Gas Films from the National Grid Archives at Warrington.  Many of these would probably be of interest to our members but if I were to pick out two”:-