The Brickmakers of Coventry: An introduction 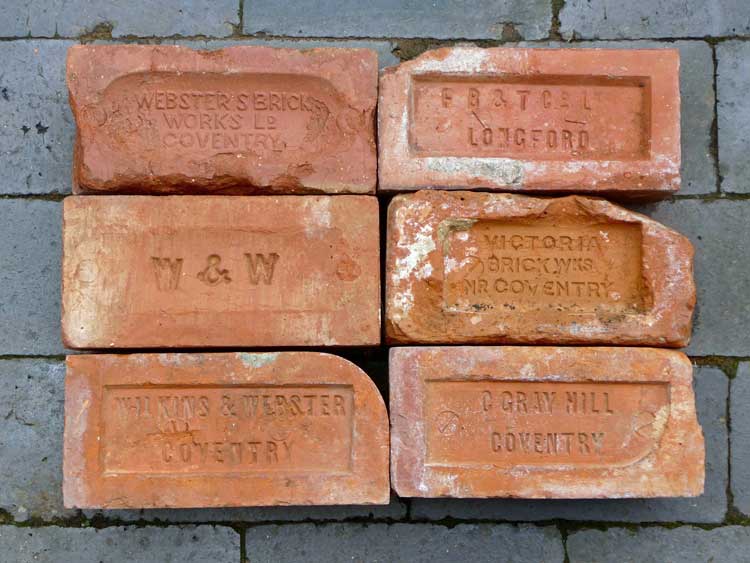 The Brickmakers of Coventry

The attempt to research and record the history of every brickyard in Coventry is a mammoth task, particularly when the only information may be a simple – or even single – entry in a trade directory. Shying away from this challenge, I have concentrated instead upon a few examples, probably the most important – or those with the best supply of information. Primary amongst these are Webster Hemmings works (and its various earlier guises), C Gray Hill and the Foleshill Brick and Tile Company, but there are scraps of information about several others. We are always happy to receive information about any of these – or other – brickmakers in the city and its environs. It is very much an on-going project.

A valuable starting point is the document produced by Wilf Hopley ‘A History in Brick’, written in 1980 for the Coventry and District Archaeological Society, relying very much on a practical, hands-on approach.  His document is reproduced here. As Mr. Hopley wrote

“Documentary evidence is very sparse, due to the destruction of many records by enemy action in World War Two. The report is based on Ordnance Survey Maps, interviews, intensive field-walking and the examination of many thousands of bricks on demolition sites all over the city”.

We have the advantage of a readily accessible newspaper archive and Census returns online, plus, of course, the physical evidence contributed by brick-collectors of which Mr. Hopley was one. 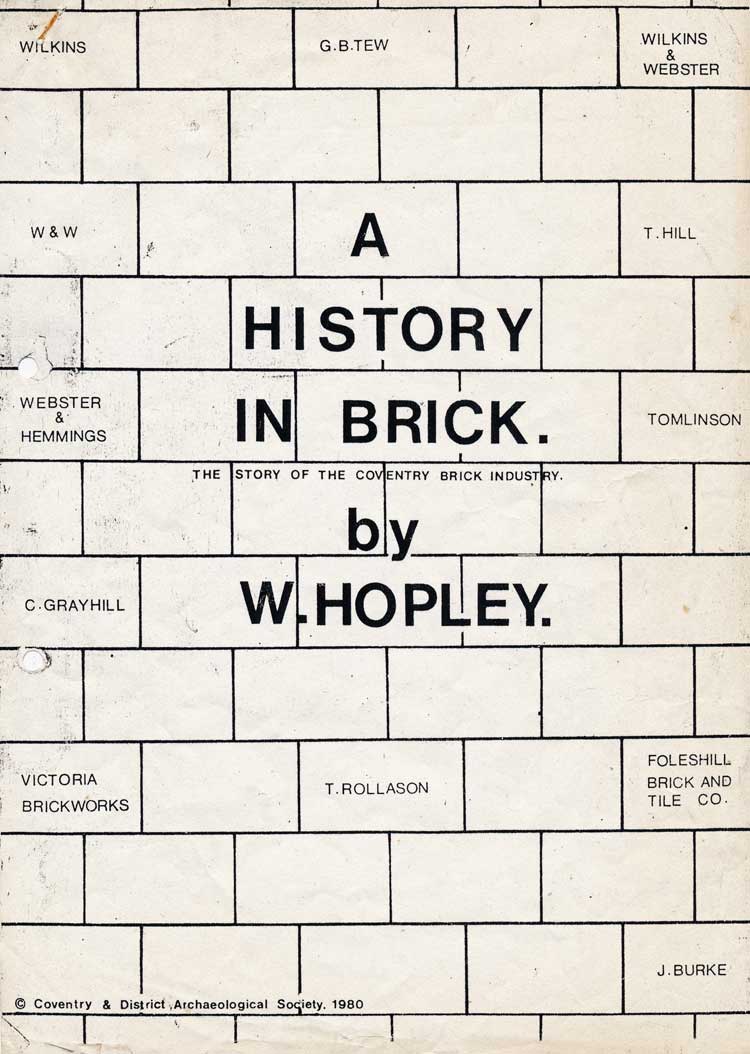 A History in Brick by W. Hopley 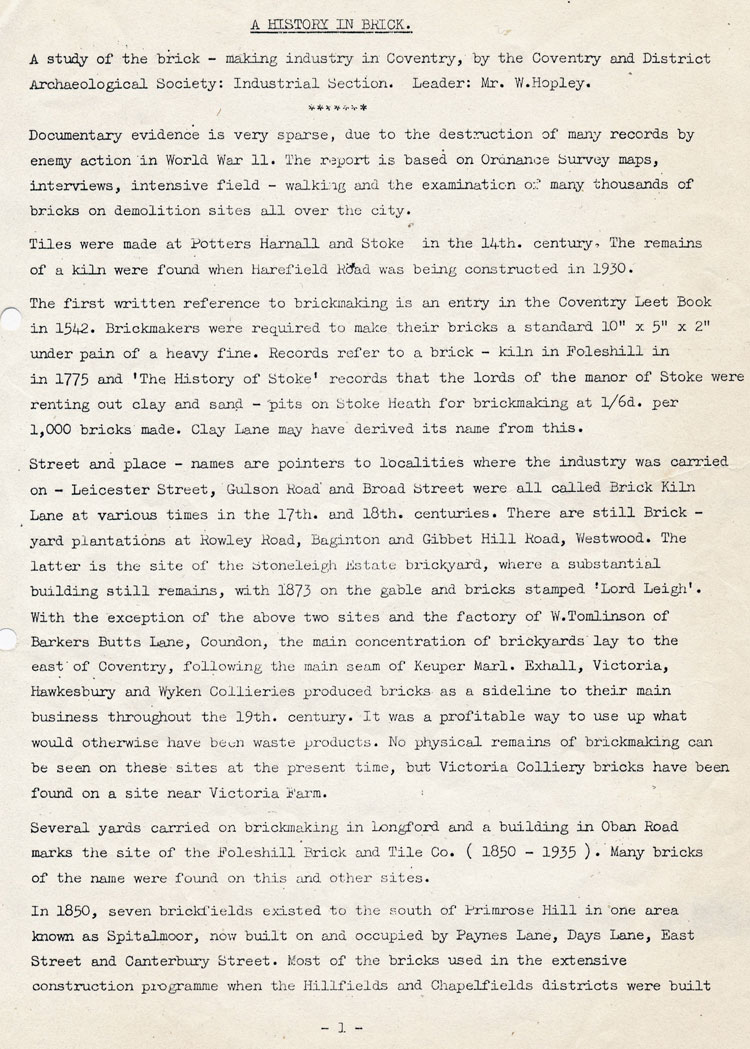 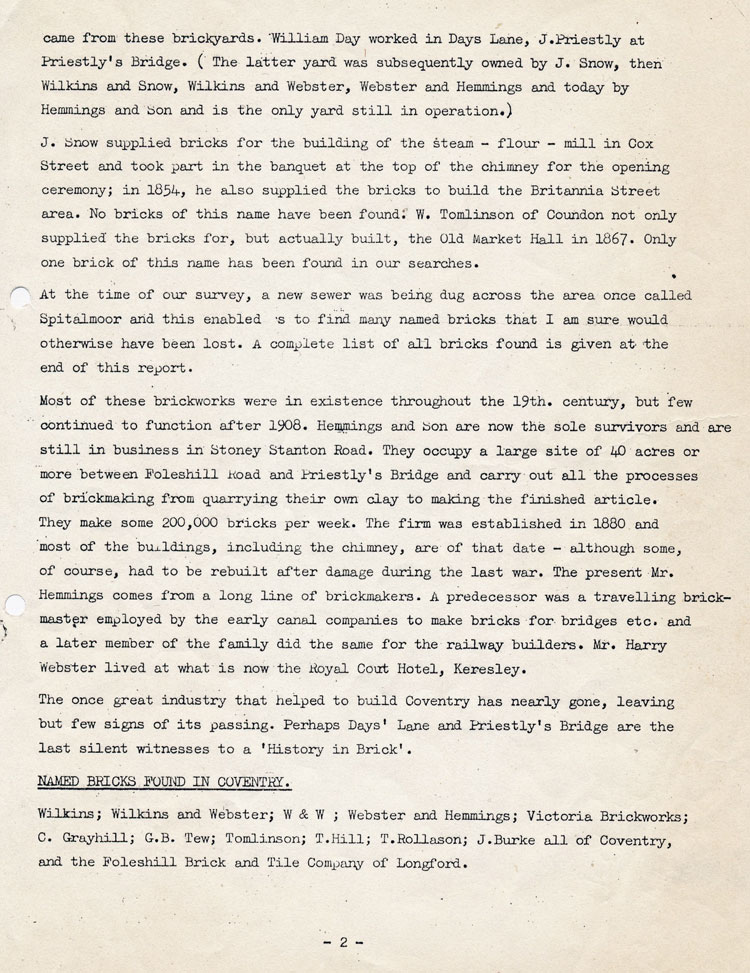