There is something of a link between Industrial Archaeology and film when it is the media used to record IA of the past. For many years now, the British Film Institutes master archive of highly volatile nitrate and other films has been housed in the former remote nuclear weapons ‘clutch’ store for V-bombers constructed in 1955 at Lighthorne Rough to serve RAF Gaydon. In recent years the site has undergone much re-development including the demolition of two of the original stores, three remain in place. Before demolition took place Warwickshire County Council completed a detailed archaeological recording complete with diagrams, available below. These stores used massive amounts of concrete, a subject on which the late President of WIAS, Toby Cave was an expert. A new state of the art store has been constructed alongside the remaining original structures. None of the site is visible or accesible but a short film is available – details below. 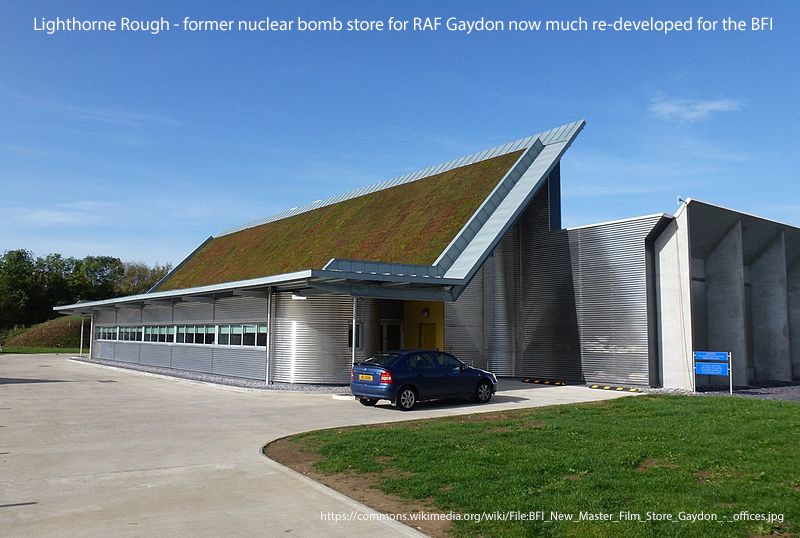 Click here to watch a video of the work of the archive – the old bunkers are visible at the start
The new building has been designed to improve the conditions in which the archive is kept and prevent it from deteriorating – and deal with the risk of nitrate film catching fire. The BFI’s Head of Collections & Information, Ruth Kelly showed BBC News around the old and new storage facilities, as well as what happens to film when it is not stored correctly.