‘President’ was built in 1909 by Morton and Clayton’s company dock at Saltley, Birmingham. The company built and operated a number of narrow boats between 1889 and 1931. The boat has a distinctively shaped hull which has riveted wrought iron sides and a 3 inch elm wood bottom. From time to time the boat passes through the Warwickshire canal system. 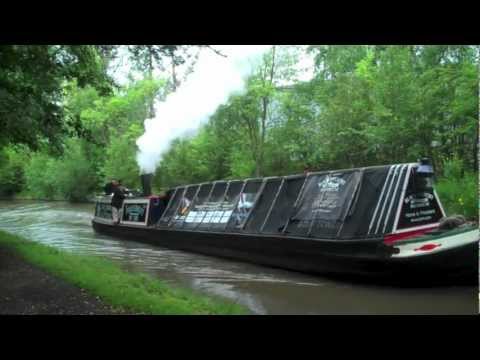 Steam-powered boats
In the new boatyard at Fazeley Street they built five steel-plate steam-powered boats. After an initial period of use they were found unsatisfactory because of the excessive wear on the hull’s steel.  In 1896 Fellows, Morton & Clayton Ltd tried iron in the construction of their boats. The boat had an elm bottom and iron sides. This proved much more effective and 3 of the 5 original steel steamers were rebuilt. Between 1898 and 1899, 8 more iron composite steamers were produced from the Saltley dock and 9 more between 1905 and 1911. The steamers were known as fly- or express-boats and kept mainly on main-line long-distance routes. On the timetable, a trip from London (City Road Basin) to Birmingham (Fazeley Street Depot) would take around 54 hours. It was a non-stop service and the crew of four would change shifts along the route. The main drawback was the lack of carrying space on the boat due to the size of the engine and boiler. The boats picked up coke at preset points along their routes.